How one man transformed a town 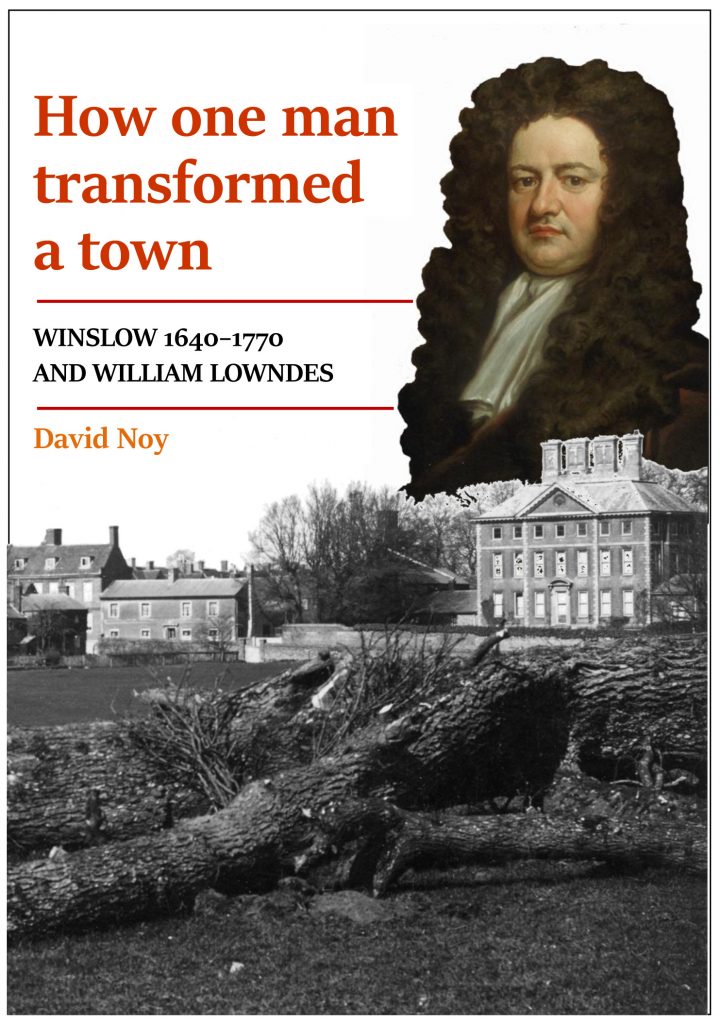 William Lowndes left Winslow when he was 15 years old, seeking an apprenticeship in London as the bailiff came to seize his father’s goods. It was the year 1667. Eight years later he was an under-clerk in the Treasury of Charles II, where he set out to make himself an expert in its workings.

This book is not an account of his success – though succeed he did – but of how he returned to bring changes, directly and indirectly, that transformed the town where he was born, changes which reached well beyond his own lifetime.

David Noy tells the story of one extraordinary man, and at the same time paints an extraordinary picture of Winslow’s people, from the well-off to the poor, who gained and lost from this transformation.

or print out our Publications Order Form, complete it and return with your cheque to the address on the form.