Published by Bucks Archaeological Society  in May 2019
• Buy now online  or print out our Publications Order Form, then complete this and return with your cheque to the address on the form. 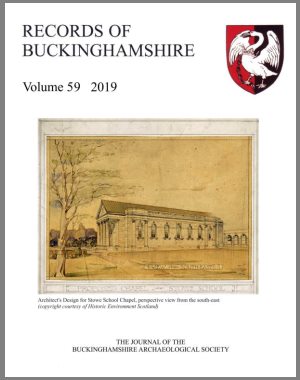