New President for the Society 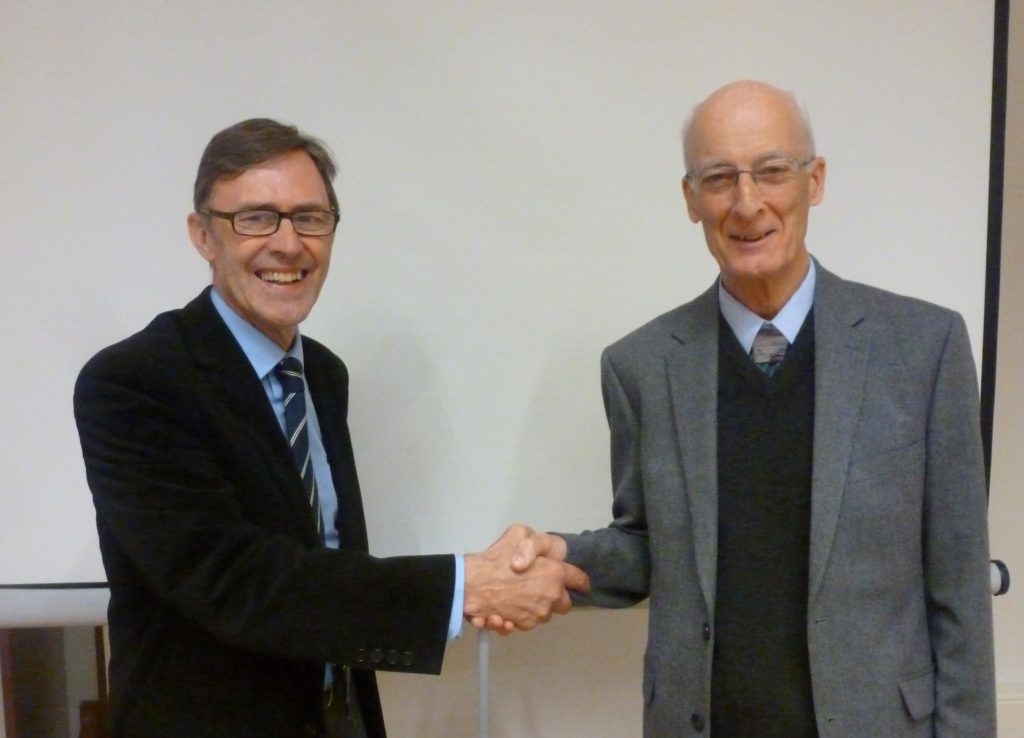 At the Society’s AGM held on 11th May 2019 Julian Hunt (left) was elected as President of the Bucks Archaeological Society, taking over from Dr Richard Gem (right) who retired after serving as President since 2008. The members thanked Richard for his service to the Society and to the heritage of Buckinghamshire and his wise advice  to Council during his Presidency.